On Sunday, CBS premiered its newest show Madam Secretary, revolving around the office and activities of the Secretary of State.

Since Path to the Foreign Service is all about the Department of State, this seems like a fun show to watch, critique, and hopefully enjoy.

Even though I do hope the show will have contextual weight on it, you know, something closer to what the actual Secretary of State may do, creative licenses from the creators are expected. I don’t consider this to be negative, but if the show begins to separate itself too much from plausible reality then it will lose my interest.

For this reason, I’m going to set myself two ground rules. Number one, I will watch the first three episodes. Some shows have the magic touch and they are able to win your fandom or lose it right off the bat. Besides the trailers, House of Cards and Lost are two such shows that immediately hooked me on the first episode.

However, for most shows watching the first three episodes seems to be key. After the first three, there should be a sufficient grounding in character development, a clear point to the story, and/or something of intrigue that will have you coming back for more. If not, then what is the point?

My second rule, I will not be heavily critical of the show’s creative licenses unless they are extreme. This needs to be differentiated from the ‘show universe’ though. For instance, zombies in The Walking Dead is not a creative license, it is a “natural” part of the show’s environment (or universe). If they want to portray zombies as being able to run instead of walk, this is an acceptable creative license. If they want you to believe that *spoiler* when you die you turn into a zombie regardless of being bitten *end spoiler*, this is an acceptable creative license. If aliens come raining down whilst riding on dragons, and have powers to control the zombies, then I will critique heavily.

I say all this because it is my hope that Madame Secretary will keep within the realm of plausible international politics, and not delve into the theatrical.

The first female Secretary of State for the United States was Madeleine Albright, who was appointed by President Bill Clinton and served as Secretary from January 1997 to January 2001. 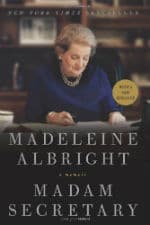 Her tenure was a distinguished one for many reasons and laid the groundwork for the next generation of 21st century Secretaries. An account of her time as Secretary, and the four years previous as the US Ambassador to the United Nations can be found in her national bestseller Madam Secretary: A Memoir (besides the honorary title, see a connection to the new CBS show?).

Since Secretary Albright’s tenure, there have been four new Secretaries of State: Colin Powell, Condoleezza Rice, Hilary Clinton, and the current incumbent John Kerry. Of the four, two of them are women with one serving under a republican and another serving under a democrat.

Of all the Secretary of State’s there are only seven former Secretaries to still be living, and nearly fifty percent of them are women:

Quite the list, wouldn’t it be great to sit in the room with all of them? Especially considering the breadth of history the whole represents.

On to the show

A brief synopsis (and of course, don’t read if you are worried of spoilers):

Elizabeth McCord, played by Téa Leoni, is a former CIA analyst who left her job with the Agency (due to “ethical reasons”) and started a career as a history professor at the University of Virginia. In this setting, she is seen bantering with students, riding horses, and leading a quieter(?) life with her philosophy professor husband and two kids.

Soon after this rural lifestyle is introduced to the audience, McCord travels to DC to have dinner and drinks with her former Agency coworkers, where they find out the Secretary of State’s plan crashed in the Atlantic. Uh oh.

The next day, the President of the United States arrives at McCord’s house and asks her to be his new Secretary. He says she has a unique ability to look beyond “the box”, due to the face that she “doesn’t even see the box”.

Fast-forward two months (two months!!!) and she is the new Secretary of State.

She now lives in DC, has to figure out how to save two stupid US kids from the clutches of Syria, play the ‘pissing competition’ game against the Chief of Staff (will they be allies, enemies, frienemies, we’ll have to stay tuned), host a dinner for a president and his seven wives, muscle her views on international social, political, and economic affairs when she can, and deal with a personal stylist.

Oh and one more thing, she finds out the death of the previous Secretary was most likely not an accident, and the one who informed her of this- a friend from the Agency- was killed soon after revealing to her that the White House may have had something to do with it.

And that’s a wrap.

At least from this first episode, there is still a lot to be desired. If you are looking for a political drama this might not be the show to watch. Game of Thrones and House of Cards are hands down fantastic in this category.

(Come to think of it, Thrones was a little slow on the first episode as well politically. But dealt with a high ranking official who died, the leader of the “country” coming to ask for someone he wanted all along in the role, and the new individual taking it over only to find out later in the show that the reason the previous official died may not have been by accident.)

There are only two major critiques I have though, and one little one.

First, one does not simply decide to go into DC from the University of Virginia, presumably taking highway 66, to have dinner and drinks. It didn’t sound right and I looked it up. 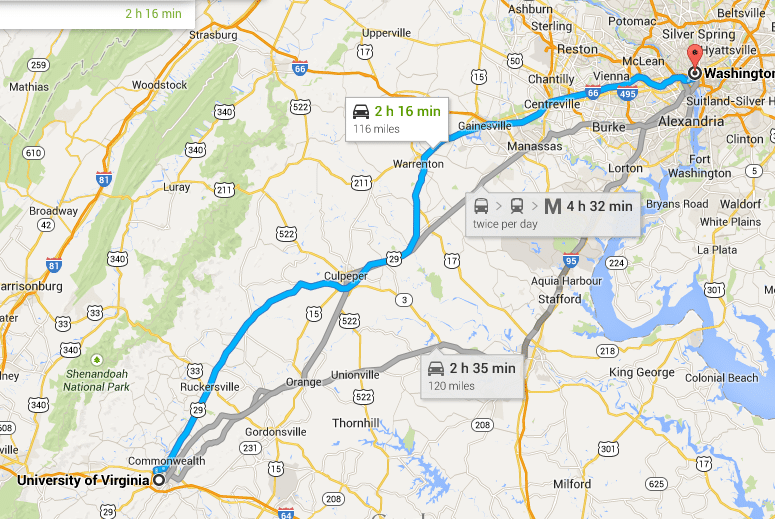 Additionally, after two months the philosophy professor husband was able to get a job at Georgetown. Really? Hopefully the sole purpose here isn’t to setup a husband/family struggle where one parent ‘uprooting’ the family causes problems.

My second major critique/question, how likely is it for someone to be confirmed as Secretary within two months from being asked to be?

I’d say the main argument for this being possible is that the process was expedited since the previous Secretary died and someone needed to fill the position. Yet, the timing still doesn’t seem correct.

I did a quick look and it took both Hillary Clinton and John Kerry about two months from the time they were formally announced to the vote of confirmation. In other words, two months in the show was close, but still rather fast.

Besides that, the first show, like many shows, is used to introduce the characters and get the story going.

A number of the actors I saw are great and I especially look forward to seeing Zeljko Ivanek in his role as Chief of Staff.

Let me know your thoughts of the show.