The best foundation is a solid education and a personal life-habit of reading, learning, and expanding one’s understanding of the world – US State Department 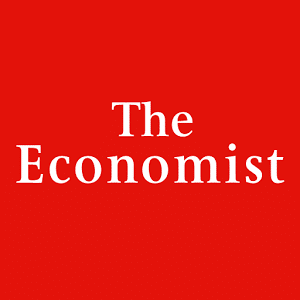 I want to make sure I keep up with global affairs, both the headline news and the rest, but I don’t have time to do so in an immersive fashion on a daily basis. You can take shortcuts and keep informed of events, which I will discuss on a separate post. However, there is great value in taking the time to deepen ones understanding and context.

This is why I chose to personally subscribe to The Economist magazine about three weeks ago, instead of borrowing old copies from friends.

Since the subscription, three of the issues have arrived on hard copy and four have been made available through The Economist’s app (additionally on the app, and online, all the issues are digitally available). So far, it has been an enjoyable experience and I am a fan.

Instead of immediately talking about the essays inside the magazine, I would just like to say that being able to listen to each piece by audio (albeit slightly monotone) is fantastic.

In short, a single narrator reads each essay in such a way that the attitude and opinion of the editorial is brought to life. Each story has a different narrator, and there is a mix up of genders to ensure you don’t fall asleep. The narrators also make sure to add the correct amount of mild mockery and sass you’ve come to expect from The Economist.

What they lack in colorful voice, they make up for greatly in the quality of their content. I believe a lot of this is thanks to their business model, a publication that comes out once a week that seeks to continuously:

…take part in a severe contest between intelligence, which presses forward, and an unworthy, timid ignorance obstructing our progress – Content page of each The Economist publication

In other words, the weekly periodical gives an opportunity for arguments to be composed based on reflection and not impulsion. Yes, there may be some creative licenses in that interpretation, but each essay strives to integrate supporting research.

By taking the opportunity to gather an understanding of what is transpiring globally, and thus make numerous connections between their essays, the magazine is able to safeguard against sensational reporting (Fox News, CNBC, and CNN come to mind).

For instance, the regional ‘moves and countermoves’ between Russia and Ukraine may be their big essay of the week, but then the reaction of Europe and international businesses will be discussed in complimentary pieces.

These essays on the ‘local’, regional, and international interactions between political pundits, non-state actors, countries, companies, NGOs, etc., are the reason I enjoy The Economist as much as I do.

That said, although I am a fan of The Economist the one critique I’d like to point out is how opinionated some of the essays can be. While this shouldn’t be too shocking, it does cause the magazine to betray which way it leans; it certainly is not shy in letting you know where it stands.

Having said that, The Economist is well aware of this, and has gone so far as to answer the question, “is The Economist left- or right-wing”? Here is the first paragraph of their answer:

Some readers, particularly those used to the left-right split in most democratic legislatures, are bamboozled by The Economist’s political stance. We like free enterprise and tend to favor deregulation and privatization. But we also like gay marriage, want to legalize drugs and disapprove of monarchy. So is the newspaper right-wing or left-wing?

Feel free to check out the link above for their answer.

If you are blissfully ignorant that the magazine has opinions then you should not be reading it. This is not because what they argue is incorrect- on the contrary they make many good arguments. This is to say that it is very important to 1) be open to a number of different opinions, 2) understand what the differing opinions are, and 3) make sure to accumulate your information from a number of different sources.

For instance, if you tend to read The Huffington Post or Salon, it wouldn’t be detrimental for you to see what is being argued over at Townhall or The Weekly Standard.

Like I said earlier, the critique I mentioned above, that some of the essays in the magazine are really opinionated, is only an issue if you are ignorant of this. Otherwise, an opinion supported by logical reasoning is powerful in order to shape and broaden your perspectives, whether you agree with the argument or not.

(Side note: The Economist is a periodical suggested by the State Department to help you pass the Foreign Service Officer Test (FSOT). It has been suggested under administrations led by a Republican and by a Democrat. Reason being: the quality of its content.)

Finally, I want to leave by saying that there are a number of great news periodicals out there, such as Time magazine, The New York Times, and Washington Post (the latter two suggested by the State Department). They have a wealth of information, definitely leaders in their industry, and an enjoyable read. However, in ordering a subscription there was an important goal I had in mind and that is being able to routinely finish, ‘cover to cover’, each issue prior to the next one.

This is why I did not subscribe to The New York Times and Post (daily periodicals). As for Time magazine, it’s just not as grounded in political, geographic, and economic affairs as much as The Economist (I have previously been a subscriber of Time).

With its weekly quality content, app, and audio availability, I highly suggest The Economist as a periodical to subscribe to in order to “study for” the FSOT if you don’t have the time/cash to apply yourself to multiple subscriptions.